Food from The Hunger Games 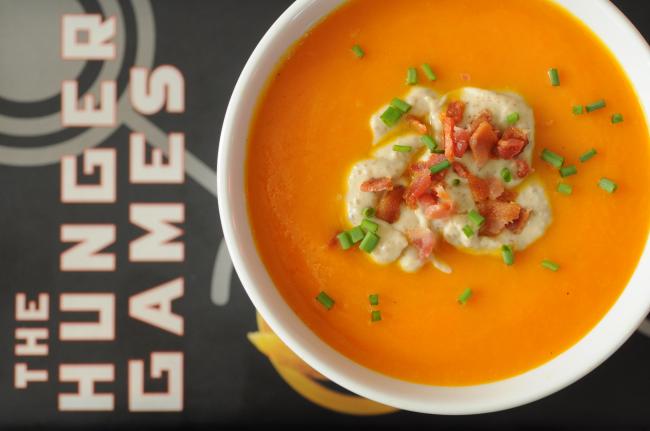 Like nearly everyone else in America, I loved Suzanne Collins' Hunger Games Trilogy and I thought Gary Ross' recent film was fantastic. Katniss and Peeta are served their first fancy Panem meal as they ride on the tribute train towards the Capitol to compete in the Hunger Games. Their first course? A "thick carrot soup" (Collins 44).

With this in mind, I began searching for a delectable carrot soup and found one in William Sonoma's Carrot Soup with Bacon and Chestnut Cream. It is absolutely delicious and would be more than worthy of gracing any Capitol table. This is a lovely choice for a book club meeting, viewing party, or brunch. It can be made twenty-four hours in advance of an event, and is sure to please any crowd. 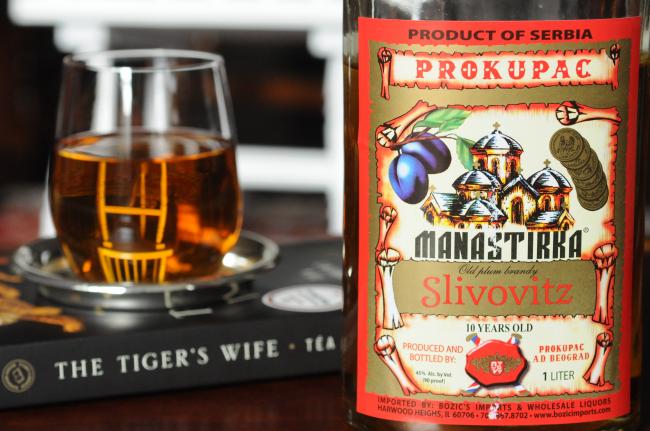